Pianists engaged for the summer course ! 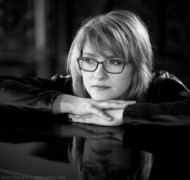 She performed at music festivals, such as „Talents’ Week” in Tarnow, Musical Spring in Poznan, International Festival of Arts Words „Verba Sacra” in Poznan, South Wielkopolska Festival, and All-Polish Festival of Competition Laureates “Silesia” in Katowice. She accompanied participants of summer master classes (in Zagan, Krzyzowa, and Lancut) and participated in the series of concerts “After the Wieniawski Competition” with the laureates of the 13th International H. Wieniawski Violin Competition. She toured Austria, Bulgaria, the Czech Republic, France, the Netherlands, Germany, Switzerland, Slovakia and Italy (in the Polish Institutes in Paris, Sofia and Vienna, in the Polish Embassy in Prague and many other sites). In 2011 she performed with Jaroslaw Nadrzycki (violin) at the Ohrid Summer Festival Macedonia.

In 2009, in cooperation with the flutists Ewa Murawska and Ashildur Haraldsdotir she recorded contemporary Polish and Icelandic music (issued by Acte Prealable).

She is a laureate of numerous competitions:

She earned more than 20 honourable mentions for piano accompaniment at violin competitions, in which she participates with pupils and students, and which were organised in such cities as Gdansk, Krakow, Legnica, Lodz, Poznan and Vilnius. She cooperates with the Music Academy and music schools in Poznan. Her repertoire includes the piano parts of all the important violin works, as well as flute and clarinet pieces.

By continuing to use the site, you agree to the use of cookies. more information